There is a German word, schadenfreude, meaning to take pleasure from another’s misfortunes. Watching the convulsions wracking the British Conservative Party, this writer is surely not alone in experiencing a large degree of that same feeling. Not since the Suez crisis of 1956 has a British government found itself in such turmoil; never before has the Tory party been subjected to such self-inflicted ridicule.

It could hardly be otherwise. Daily U-turning, Cabinet ministers sacked within weeks of taking office, the spectacle of physical-force, yes, physical-force Conservatism, employed to whip reluctant MPs through the parliamentary voting lobby—all this topped off with a prime-ministerial resignation after a mere forty-four days in Downing Street.

Yet, in spite of this uniquely English farce, what has happened in London is more than a political party drama. It is actually symptomatic of a global crisis in capitalism.

Setting aside for a moment the Westminster theatricals, the underlying cause of the Liz Truss premiership fiasco was not simply personality clashes: it was instead the consequence of a failed and indeed futile attempt by ultra-conservatives to find a British solution to the wider problems of capitalism in its neoliberal phase.

What we now identify as neoliberalism is capitalism as shaped by Milton Friedman and the University of Chicago, working on behalf of the US State Department. Worked up originally to combat the Soviet Union’s influence over the international working class and thereafter to break trade union power, it gained global recognition as the economic policy of Pinochet’s Chile. Hardly surprising, therefore, that it appealed to and was enthusiastically adopted by Ronald Reagan and Margaret Thatcher.

Capitalism by its very nature is “red in tooth and claw.” Neoliberalism applies this with a vengeance as it uses state power to enforce ruthless free-market policies and practices. Heavy-handed action is deliberately taken to undermine and degrade trade union strength, public services are diminished through privatisation, and savage cuts to the social wage in general do damage to any existing welfare safety net. A central element of this strategy is huge tax cuts for the rich, specifically designed to reduce the budget for social infrastructure, such as public housing, health services, and care facilities for children and the elderly.

The objective is blunt and brutal: to enhance and ensure the privilege and power of the ruling class through a conscious policy of crushing all constraints on its accumulation of wealth. The mantra is to remove all restrictions on the free market, with the obvious corollary that no steps will be taken to protect indigenous industry or to hinder the free movement of capital.

So how has the system worked out for its proponents? Well, for a number of decades all seemed to be going according to plan. Its leading practitioners, Reagan and Thatcher, had emasculated organised labour, reduced state intervention throughout society, and minimised financial regulations. Meanwhile the financial sector alone was expanding, and to such an extent that in Britain, for example, it now accounts for a quarter of annual GDP.

Inevitably, though, this led to the offshoring or outsourcing of large chunks of the economy, particularly by American and British “entrepreneurs” greedy to take advantage of lower-wage economies. Along with coal mines and steel mills, manufacturing industries in both established engineering and emerging high-tech sectors were either closed down or moved abroad.

China, with its stable government and large, well-educated population, met many of the needs of the above. Moreover, before the collapse of the USSR, offering China a reciprocal trade agreement with the G7 appeared to offer a tool for separating it from Moscow. However, as we now know, this has assisted China in developing its manufacturing and technological capacity to such a degree that its economy is on the verge of overtaking that of the United States. Ominously, from a Western ruling-class standpoint, this trajectory is disturbingly reminiscent of the economic rise of nineteenth-century Britain and twentieth-century North America.

For the hard-headed and pragmatic elements among capitalism’s ruling class, this has presented two major threats to their system’s global hegemony.

In the first instance, a reduction in living standards for so many in working-class communities as a result of deliberate neoliberal policies has caused widespread resentment against those in power. So far this discontent has largely manifested itself as an almost aimless populism, albeit often with reactionary leanings. However, more recently there is evidence that progressive organised labour is re-emerging and asserting itself. And while populism threatens stability, workers acting in concert raise an altogether different potential scenario.

Secondly, for capitalism’s strategists a huge threat is posed in the long term by the loss of manufacturing capacity, especially that involving advanced technological production. While some elements of neoliberalism believe that financial services are an adequate substitute for manufacturing, the evidence proves otherwise. China’s growing economic power and global influence testify to this fact and, incidentally, explain the real reason for Washington and its allies’ hostility towards China.

The response by Western capitalism has largely been dictated and led by the leading imperial power, the United States. This has taken the form of an economic onslaught against China, under the pretext that the People’s Republic is an authoritarian state bent on war with Taiwan and global domination thereafter. By denying China’s exports access to overseas markets, the plan is (a) to stymie its development and (b) to use its absence to encourage indigenous manufacturing in the West.

In tandem with economic sanctions is a policy of geopolitical and military encirclement of China and its allies. Hence the enormous military and material support for the war in Ukraine.

While the policy of undermining China and its allies gained widespread support within the capitalist West (including with the servile Dublin government), there was less unanimity about modifying a crucial tenet of neoliberalism, namely state intervention in the economy.

Since at least the 1930s, pragmatic free-market economists have recognised the need to occasionally intervene to save capitalism from itself. Franklin D. Roosevelt’s New Deal and in Britain the Keynesian approach were based on this understanding. For some there is no questioning the need for this strategy. The French government recently intervened to nationalise the electricity company Électricité de France, while Germany nationalised its biggest gas importer, Uniper.*

However, there is no similar acceptance among the ruling class in the United States and Britain. Joe Biden’s attempt to repeat the Roosevelt strategy with his “Build Back Better” plan was sabotaged from within his own party by Senators Joe Manchin and Kyrsten Sinema.

Which brings us back to the political crisis in Britain, the origin of which lay in the country’s floundering economy and lack of growth. Fixated on Thatcherite ideology, debate within the governing party was not about limited state intervention but rather on the speed at which to introduce a continuation of its neoliberal agenda. Liz Truss and her supporters ignored the advice of some within the Conservative Party. Throwing caution to the winds, they went for broke and, ironically, were broken by the very market forces they advocated.

Riven as the Tory party is between its bitterly divided factions, there seems little possibility now that a viable economic programme can emerge from within the current British government. This poses a threat to the British economy as sought by British capital.

Ironically, rescue may arrive for them from a different quarter. The Financial Times has taken to advocating an immediate general election. With opinion polls clearly indicating only one outcome, this means the newspaper of stockbrokers and bankers is looking to Keir Starmer to save them and their economic system.

Maybe on reflection schadenfreude was the wrong word: perhaps it’s more a case of who or what can spare us from such a prospect. 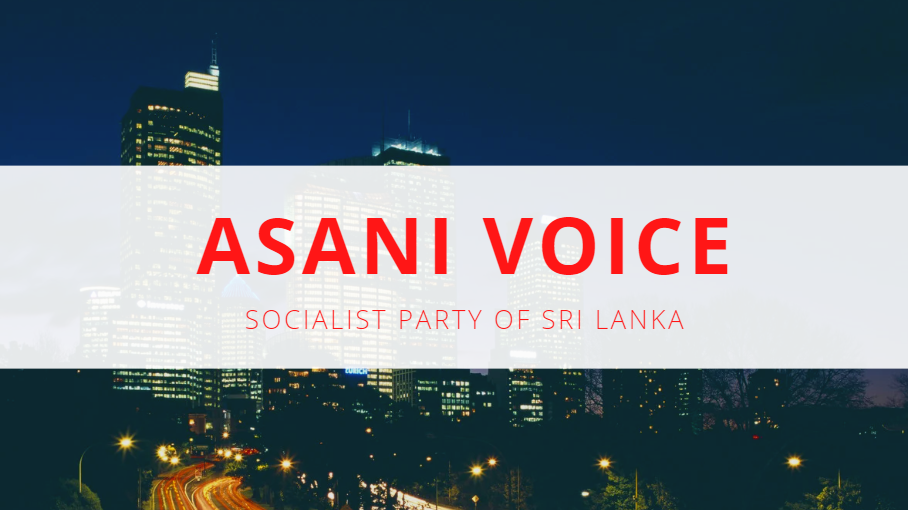