A Statement by the Asian Human Rights Commission

The crisis of major magnitude is taking place in Sri Lanka. The world has not yet taken adequate notice of the impact of an economic downturn as a result of the inability of the government to pay the foreign loans as a result of which it is suffering from the worst financial crisis ever faced in the country. Direct result of this crisis is that most of the schools, public institutions, and almost the entire way of life in the country has come to a virtual halt due to the inability of the government to pay for the oil that is needed for the country. The travel has become extremely difficult and inconvenient and even the government servants have been asked to work from their homes in order to avoid traveling.

Meanwhile, in almost every area of the country there are massive protests. These protests are going on day in and day out and their numbers are ever increasing. In the coming weeks much more massive demonstration have been planned and the attendance is expected is very high as almost everyone is facing the consequences of super high inflation which has made the living costs unbearable. Already malnutrition level of children have risen according to a UNICEF report to 1.7 percent for the entire population of children in Sri Lanka. Out of this 1.7 percent 17 percent are said to be suffering from acute form of malnourishment. Due to this and many other deprivation it is not a surprise that the people will take to protests in order to draw the attention of the government to bring about the solutions to these problems. Meanwhile, the government that has attempted to find support from foreign agencies like the IMF, World Bank, and other sources have been clearly told that unless the acute political crisis in the country is solved and political stability is brought back the likelihood of any considerable support from outside is unlikely.

It is within this background that the government is resorting to attacks on protesters particularly those media personnel who are providing the country with the needed information about the actual situation that is faced in the country. Journalists have been arrested in some cases assaulted and in many instances they are being called to questioning by the Criminal Investigation Division about the information they have published and the opinions they have expressed. This is clearly intended for the purpose of intimidating the media from providing publicity to the massive protests that is taking place in the country and also great corruption that is happening even despite of this dismal situation.

Mr. Dharmasiri Haduagoda, a well-known social media journalist and a commentator, was called to the Criminal Investigation Division to question about information that he had disseminated about several events which has happened during the last month. His 18 year old son who is assisting him with the social media networking has also been called for questioning. This has been condemned by many journalists as an attempt to intimidate all other free media journalists.

Mr. Tharindu Udunuvadaragedara, a well known social journalists, was called to the Criminal Investigation Division for questioning and later he was brought by the police before a Magistrate around 2:00 AM with a request for remanding him for violating the rules against publications. The purpose of producing him at 2:00 AM was to prevent the lawyers to attend him in Court and obtaining/requesting bail on his behalf. However, the lawyers were alerted and they were present at the Magistrate’s house and requested for his bail, which has been granted. This again was an attempt to obstruct the use of social media in order to disseminate information on the problems faced by the people and also the repression being carried out by the police and the military.

Ramsi Rasik was arrested under the ICCPR Act accusing him of trying to cause religious dissension where in fact he was exposing the problems caused to the people under the present circumstances. Sri Lanka’s ICCPR Act has been used not for the protection of the civil and political rights but in order to arrest person under the pretext of prevention of religious tension with the view to deprive them of a bail.

Meanwhile, throughout the country the police and on two occasions the military have assaulted the protesters who are engaged in peaceful protests. Sri Lanka Bar Association condemned the attack by the military stating that under the Sri Lankan law the police can call upon the military that they could intervene to deal with any unrest. On both occasions where the military got involved and also harassed the protesters there were no calls from the police for the military interventions. A spokesman of the Bar Association expressed the fear that the present unrest may be used by the military in order to strengthen their involvement in the country. Police assaults have also taken place in the massive queues that are taking place in the country before petrol sheds. The police have also assaulted the civilians who have gathered in the mass queues in order to get oil, gas, and other essential commodities. These massive queues are the result of the unavailability of oil, gas, and the like. Meanwhile, a black market has developed where the petrol and diesel are being bought by interested parties, including in several instances by the police, without respecting the rights of the people who have been waiting for these goods for several days in queues. This also has led to many conflicts and during these conflicts the police have taken liberty to assault the civilians. As the situation has aggravated there is a planned protests from seven to the tenth of July where mass larger crowds are expected. There is fears expressed that the government may use violence against the protesters in order to suppress these protests.

The Asian Human Rights Commission (AHRC) works towards the radical rethinking and fundamental redesigning of justice institutions in order to protect and promote human rights in Asia. Established in 1984, the Hong Kong based organisation is a Laureate of the Right Livelihood Award, 2014.

The Lanka Socialist Forum is a site for socialist activists to discourse and critique policies, perspectives and strategies of emancipatory politics and contribute new ideas and insights to the progressive struggles of the working class, the disempowered and the disadvantaged in Sri Lanka within a global socialist perspective. . 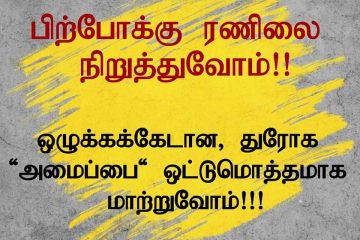 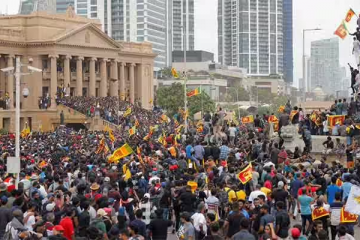 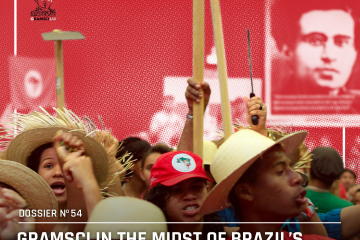 How Is Gramsci Relevant to People’s Struggles Today?